This Home was a Former Monastery!

Carmel Cove, one of our biggest homes, used to go by another name: Mount Carmel, Monastery of the Discalced Carmelite Friars.

Learn more about the history of this unique property:

In 1945, The Discalced Carmelite Friars of the Washington Province of Carmelite in Washington D.C. bought 53 acres of land at Deep Creek Lake from May Beckman, the widow of Archibald Beckman, for $3,000.00.

Archibald Beckman owned much of the acreage on the south side of the Meadow Run tributary of Deep Creek Lake, and is the namesake of Beckman’s Peninsula, which runs off of Glendale Road. 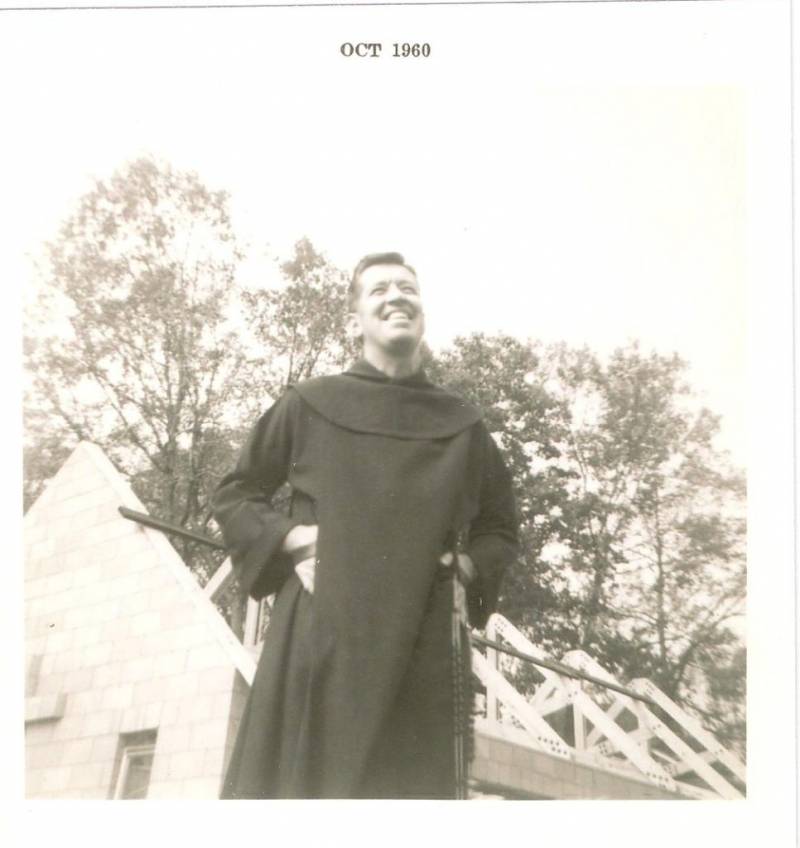 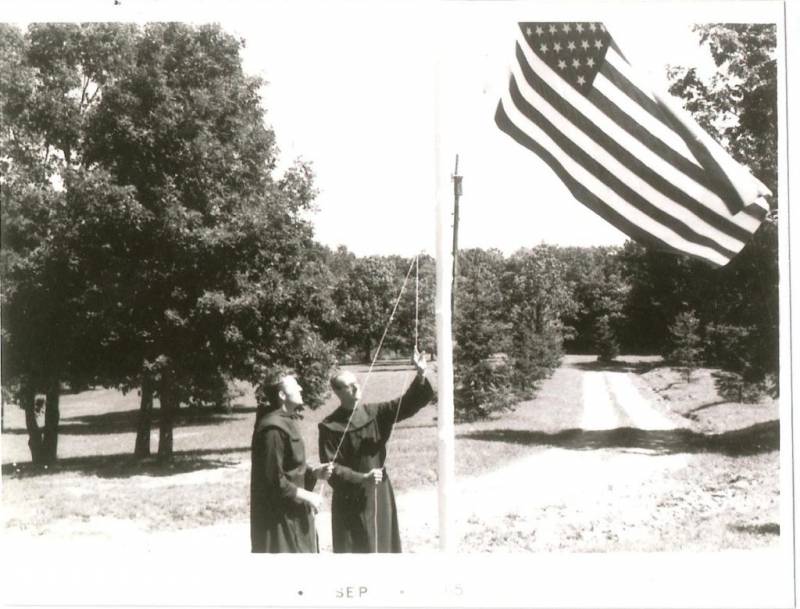 The Carmelites are a contemplative order, spending much of the day in prayer. “Discalced” is a term referring to orders that go entirely barefoot, or wear only sandals.  Father Thomas Kilduff, OCD, a Carmelite priest, was the Superior at the Lincoln Road, Washington DC Monastery. He bought the land here at Deep Creek as a retreat for Carmelite students so that they could escape the heat of Washington in the summer. That was a time when they were permitted few liberties to leave the house in DC. The entire student Carmelite community, accompanied by the older Friars, and nuns from the Carmelite Sisters of Baltimore, were transferred to Deep Creek Lake each spring to continue their Carmelite life, until time to return to Washington in the fall. 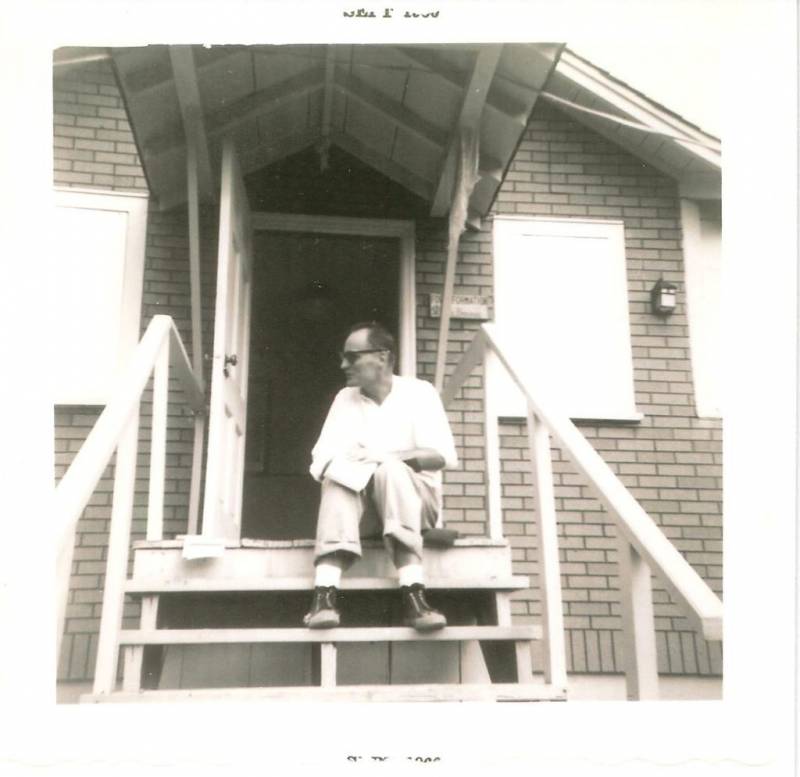 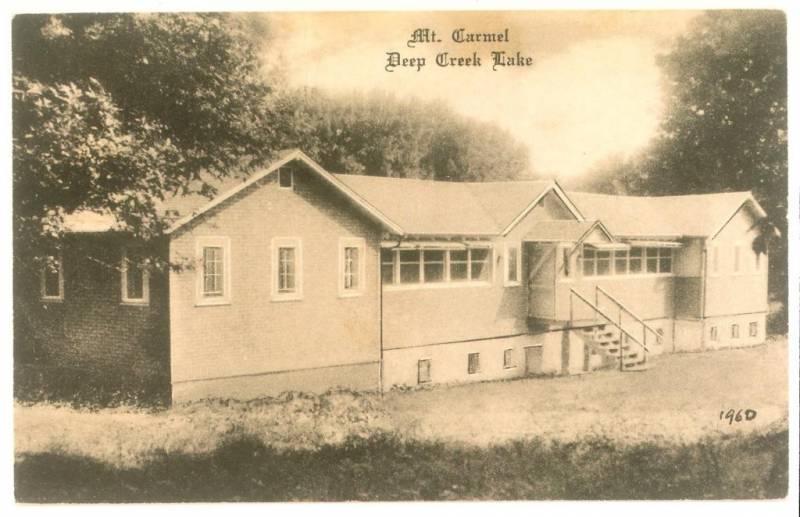 They began to build the structure that they called “camp”, and is now Carmel Cove. They named it Mount Carmel, after a mountain in northern Israel where the Carmelite order began with a community of hermits in the 12th century.

The monks built the entire building themselves. They began with a small one story structure that is now just the very front portion of the building. It contained ten small rooms, called “cells”, a small community room with a rustic kitchen, and a bathing area with three sinks, one shower and two toilets, all in an open area with no doors. The cells were very small and each contained only a single cot and a prayer kneeler. The building had no central heat nor fireplaces. There were large screened windows along the front of the building, with big wooden shutters that were pulled down at night to keep out the cold. 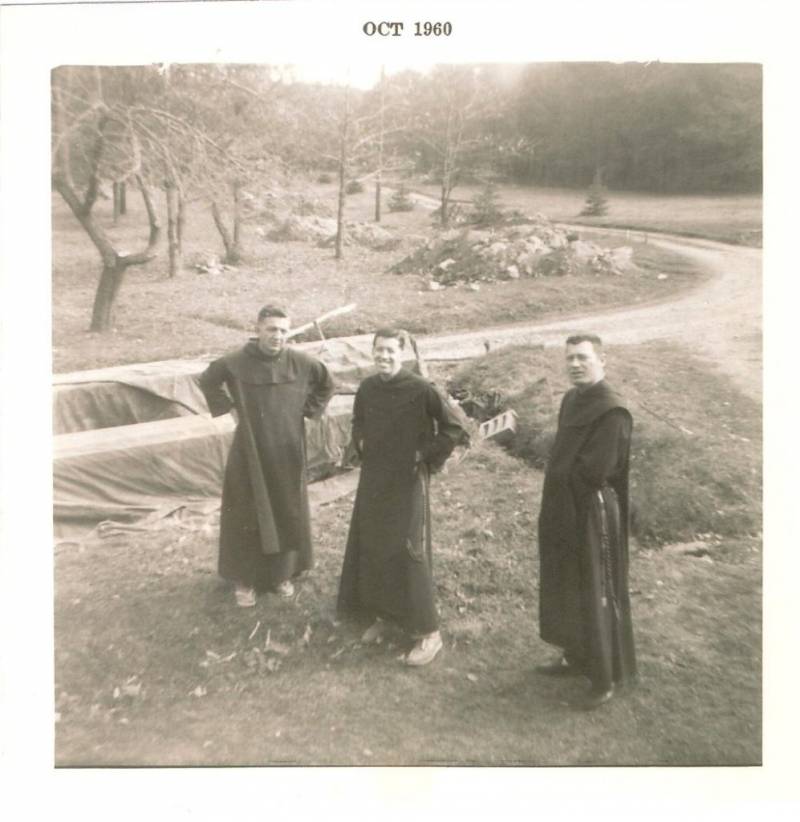 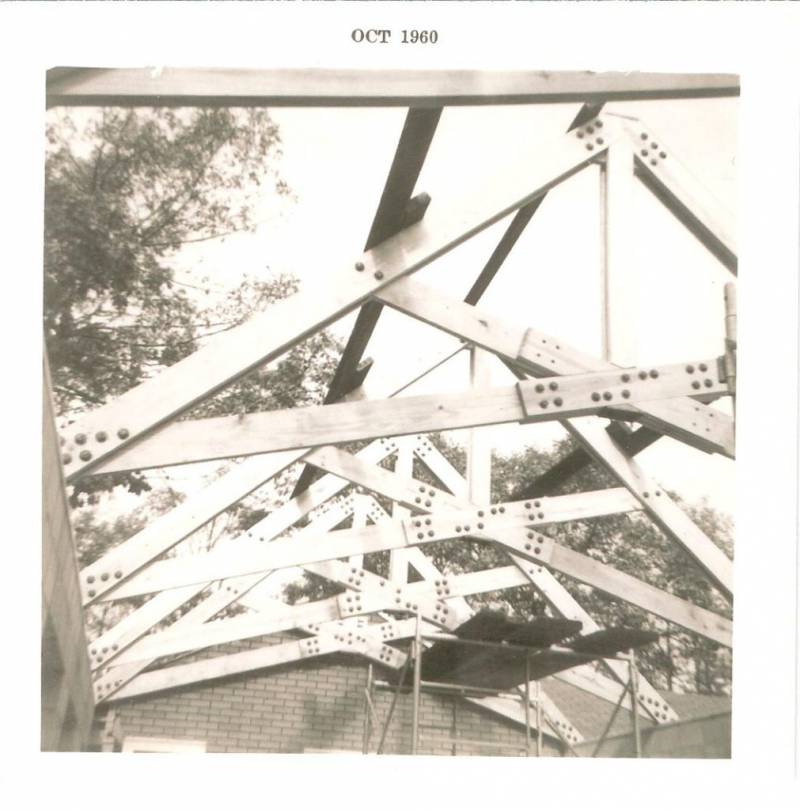 About 100 yards from the inn, where Fasting Court is now, there was a small fasting shack where a monk would reside for days without eating and pray. The little pump house by the inn’s driveway provided all their water from a well.

The monks had a kooky old float boat that they used to go around the lake on that was recognizable to all the old timers. There was an old lady named Mrs. Smith who lived in a house up by the Glendale bridge and the monks used to take the boat up to visit her, and she would feed them pie. There used to be a big old bell in the back yard that they rang for Mass, since relocated to a monastery in Hinton, West Virginia. The white holy water font in the front hall is from the original monastery.

After beginning with the small building in 1945, the monks continued to add onto the original structure. They first decided to build downward and put in a ground floor section housing a kitchen and dining area. The students spent hard summers digging out that cellar by hand. This section now holds guest rooms 7, 8, 9, and 10 of the inn. In 1960 they began work on the back wing of the building. They originally built only the first floor and referred to it as “the motel” as it was a plain rectangular one story wing with an exterior door for each room. They moved the bathroom facilities into the end room of the motel, which was a bare concrete block room, with a cement floor with a drain in the center, 4 toilets lined up on one side, and two shower heads and two sinks on the other. Some years later, a second floor was added to the motel wing, to accommodate 8 more cells for the Carmelite students, and now, rooms 2, 3, and 4 of the inn. 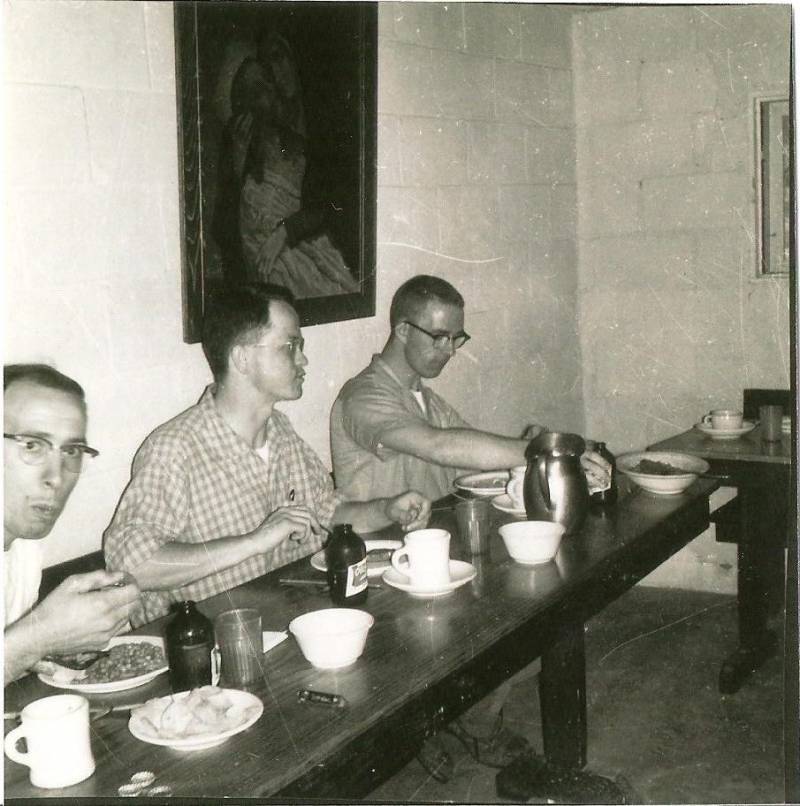 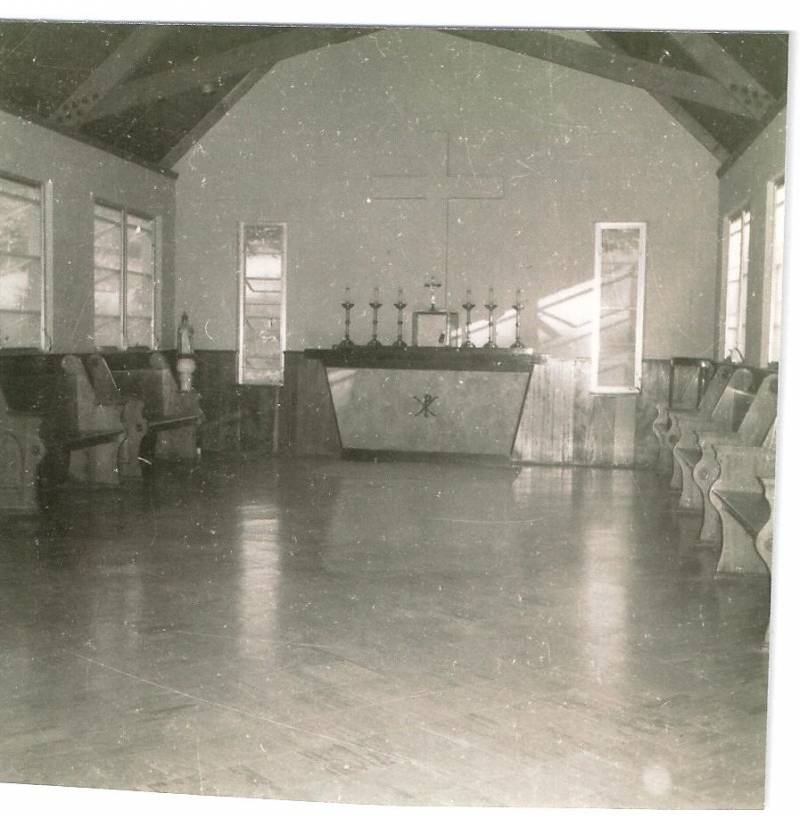 Concurrently with the construction of the motel in 1960, the Carmelites built their Chapel, which is now the Common Room of the inn. The Chapel was deconsecrated by a Catholic priest before being put into secular use. Again, the monks did the construction almost entirely themselves with the exception of the building of the concrete block walls. In the tradition of Amish and Mennonite barn raisings, they had a Church raising. Many of the local masons from Friendsville, renown for the stacked stone structures you see in Garrett County, including the fireplace in the inn’s breakfast room, donated their time and expertise to the construction of the Carmelite Chapel. The impressive rafters supporting the roof of the Chapel were constructed and bolted by hand by the monks. There was a small sacristy on the wall opposite the Cross for the keeping of vestments and sacred vessels, and a large beautiful altar with its matching tabernacle preserving the Eucharistic for daily Mass. 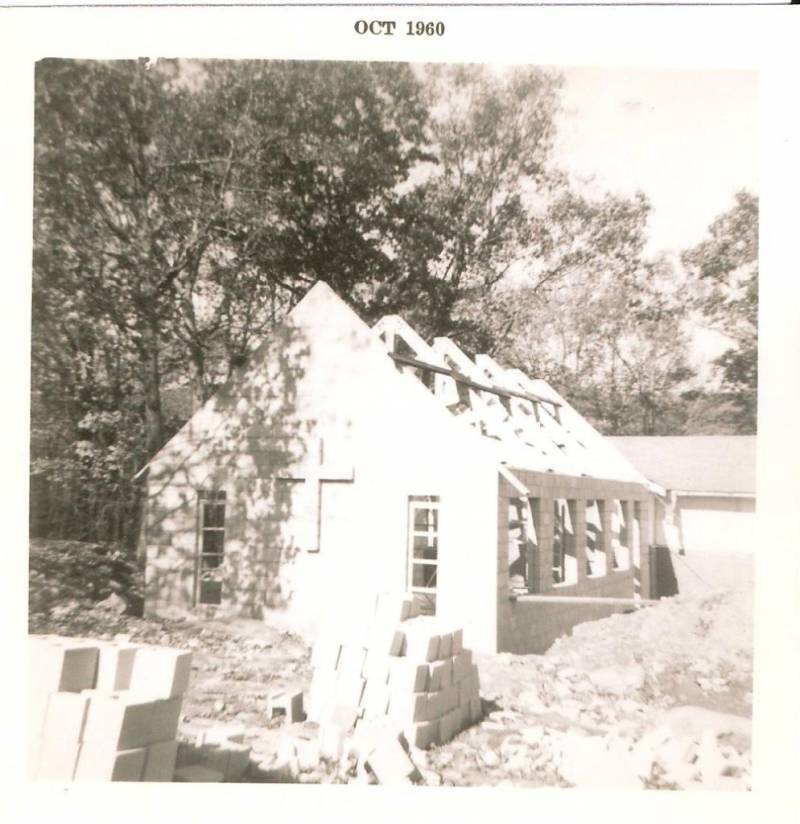 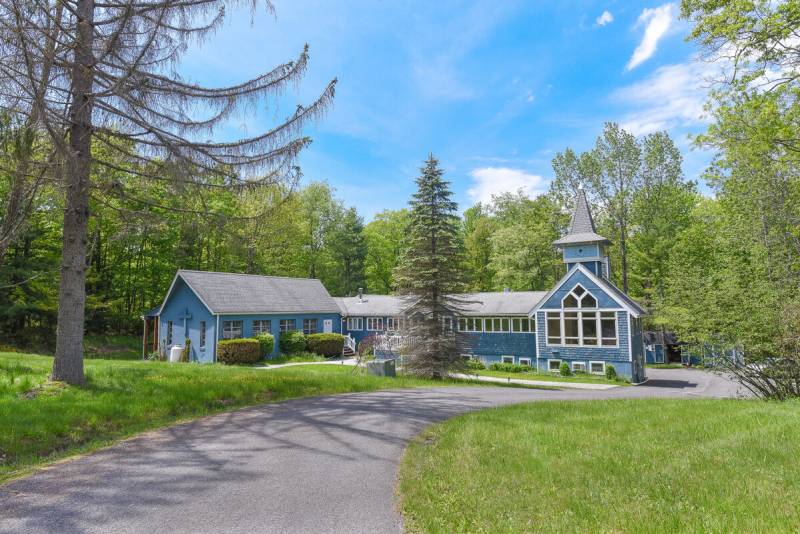 Alas, with construction completed, change came to Mount Carmel. With the advent of Vatican II in 1965 came the Decree of Optatam Totius which changed theological education for young priests and monks. The tradition of sequestering students in pastoral settings such as Mount Carmel gave way to studies in more urban settings at large universities and theological seminaries. The young monks were granted far more choice in their priestly training, and Mount Carmel at Deep Creek Lake fell into disuse. Throughout the seventies, the student population dwindled, but the older Carmelite Fathers and Sisters continued their visits to Mount Carmel until the death of Father Thomas, its founder, in 1989. The Carmelites sold it to a local developer who subdivided the original 53 acres into vacation home properties. Too superstitious to tear down a church, he in turn sold the monastery building and grounds to its current owner whose vision of a sanctuary in the woods has come true for our many, treasured guests.