What's In A Name?

The owners of two of our wonderful ski-in/ski-out homes, Wispering Timbers and Between the Timbers, have put a lot of work into building vacation retreats that stand out from the crowd. From the stunning warm chestnut flooring in Wispering Timbers to the very names chosen, these owners have shared with us a number of personal stories and photos detailing their process of making these houses into homes. We are so happy to share these stories with you!

A Timbers Story – A Name by Any Other Name
Written by the Owners!

“What’s in a name? That which we call a rose by any other name would smell as sweet.”  – William Shakespeare, Romeo and Juliet 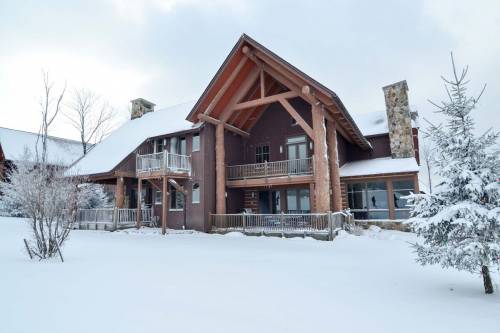 The “Timbers” didn’t always have a name.  At first it was just called something generic like the “Wisp house” or our “mountain house.”  Before naming the house, we would just say something like “we made an offer on the house at Wisp” or “we’re going to close next week on the mountain house.” All homes in the Wisp area that are put on the rental market need a name, but even if we didn’t rent the property, I still would have thought giving it a name was a great idea.

Since we purchased the house for the enjoyment of both our immediate and extended families, we wanted to involve them in the many phases of the home.  After the closing on the home, but before all the activity of repairing, decorating, and furnishing the home, an early activity was naming the house.  We started the process, by requesting name suggestions & ideas from others.  We received a lot of good ideas…and a few not so good ones too.

How should we choose from so many names?  Since our family pretty much turns anything (from kite flying to drone flying or from standing on 1 foot to standing on your head) into a competition, a tournament bracket seemed like the way to go.  Since my daughter Stephanie had experience at running a bracket on Facebook, she got the job of organizing the names, seeding them, and starting the on-line naming tournament.

The first task was to determine the size of the bracket.  The brainstorming resulted in about 25 candidates, but some were bad and others were in bad taste!  Even though I don’t think there were any 13 year old boys submitting names, Stephanie took the first edit to remove names like the “Big Wood Lodge” and “Morning Wood Chateau”.  The latter name idea may have originated by a Facebook post of this photo where I stated “Good morning, from between the timbers”. 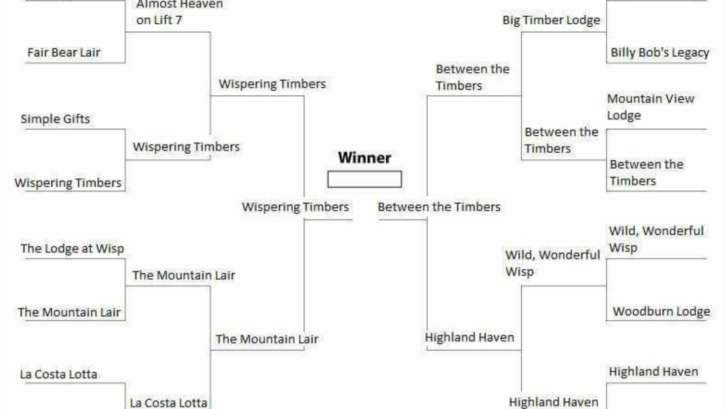 There were a few common themes running through the candidates.  Even though I have lived in Michigan most of my life and my kids grew up there, we have a very strong connection to state of West Virginia and WVU.  Much of my family either live or have lived in West Virginia.  Five names had WV connections (“Almost Heaven on Lift 7”, “Simple Gifts”, “The Mountain Lair”, “Wild, Wonderful Wisp”, and “Woodburn Lodge”)…if you’re not from West Virginia, you may not get the connections!  Other themes were worked the word “Wisp” and/or the word “Timbers” into the name in reference to the resort and the dominant architectural feature of the home.

It’s easy to understand where some names with “mountains” or “bears” or such came from, but other names aren’t quite as obvious.  Billy Bob’s Legacy may sound like it came from the land of NASCAR, but it actually is in homage to my parents.  Charles William Kincaid was referred to as “Billy” by many of his good friends.  “Barb” or “Barbara” was the name used most commonly for my mom, but it was “Bob” to some close friends.  My parents believed that family time was more important than possessions and spent their money accordingly.  They started a tradition of renting vacation properties every summer and most winters for family vacations.  The memories from those times are priceless.  Even though that name was silly and didn’t make it far in the tournament the story behind it is the foundation of our own vacation property. 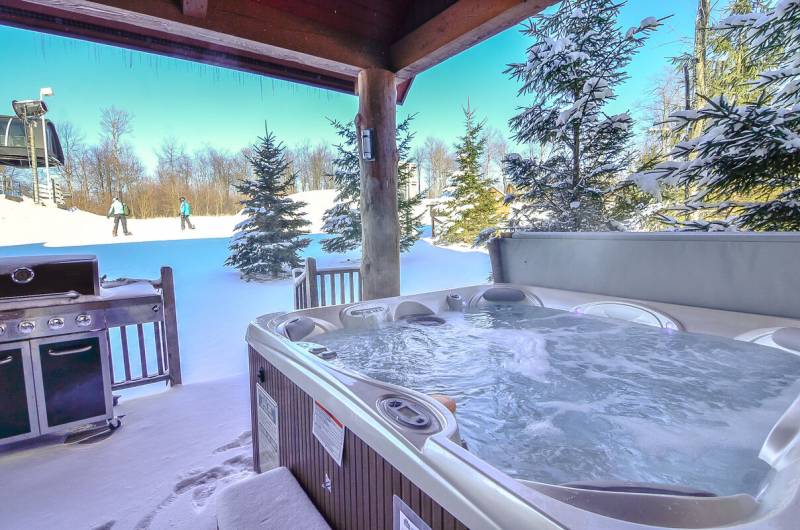 Once the voting started, the tournament went fast.  Each round only lasted a few days.  The voting was open to all Facebook friends so we were hoping the final name would be one not requiring a veto.  Interest built during the process with hundreds of votes were cast and quite a bit “politicking” occurring in the comment section between rounds.  People would make a case for one name or the other and express eagerness for the next round or disappointment if they missed a vote.  I had a niece file a formal protest once all the names with West Virginia connections were eliminated.

Through the upsets and perceived controversy, the championship round came down to 2 similar names; “Wispering Timbers” (yes, we know it is spelled wrong…is Wisp spelled wrong?) and “Between the Timbers” with Wispering winning.

A couple of weeks later we decided to furnish and rent the small side of the townhouse for the upcoming ski season so we used the runner-up name…”Between the Timbers”.

We call the combined townhouse simply the “Timbers” so there are actually 3 names….but, no one got to vote on the full house name…making the house payments comes with some privilege!